NAACP Back to School Rally Cancelled

After much consideration, the NAACP's Annual Back to School Rally has been cancelled for 2020, due to
COVID-19. As a result, the Winston County NAACP and Winston County Voters League are making monetary donations to each individual school in the Louisville Municipal School District to purchase school supplies.

Check It Out At The Winston County Library! 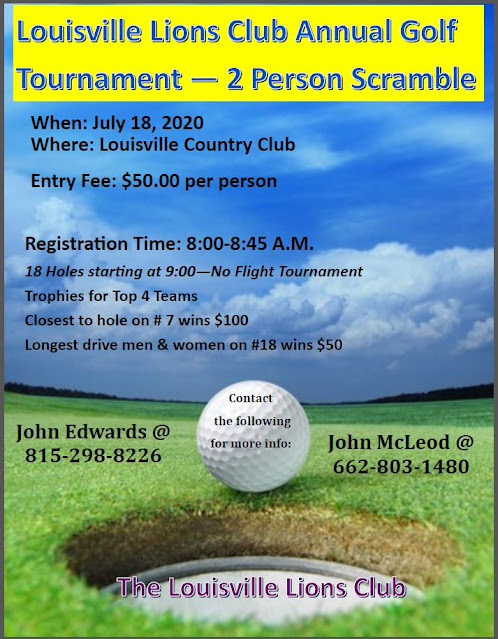 The worldwide Black Lives Matter Movement (BLM) has stirred the emotions and has caught the eye of the residents of Louisville, MS, in Winston County, lead organizer Lawrence Sangster announced last week. A Black Lives Matter Rally/Protest will be held, Saturday, June 20, 2020, 10 a.m. at the Louisville Coliseum, 245 Ivy Street, Louisville, MS. Protesters are required to wear face mask and practice social distancing, which is at least 6 feet from others unless you are with your family or group that you are normally with.

Black Lives Matter was started in 2013 by three Black organizers – Alicia Garza, Patrisse Cullors, and Opal Tometi in response to the acquittal of Trayvon Martin’s murderer, George Zimmerman. Its members organize and build local power to intervene in violence inflicted on Black communities by the state and vigilantes. The BLM platform is used to amply anti-Black racism across the country.

The BLM movement recently ‘kicked off’ worldwide after the death of George Perry Floyd, Jr., who departed this life Monday, May 25, 2020 in Minneapolis, MN pleading for his life “I can’t breathe” by the knee of law enforcement. It was like the ‘straw that broke the camel’s back’ after many other deaths by policemen. The purpose of this rally/protest in Louisville is to seek justice for George Perry Floyd, Jr. and others who have suffered from police brutality and deaths. Also, the purpose is to encourage our lawmakers to pass a police reform bill.

Dean Miller, president of the Winston County Branch NAACP will be the Mistress of Ceremony.

After final remarks, the protest march will leave from the Louisville Coliseum to Main Street and back to the coliseum. Protesters are asked to make signs for the rally/protest. Those who cannot march please decorate your vehicle with appropriate slogans and join the march. 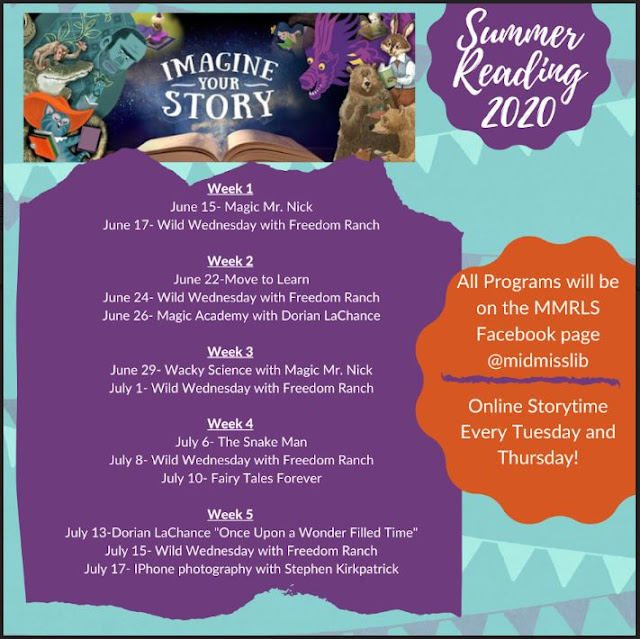 Children/parents can register on-line from our website (www.midmisslib.com) or come to the library and register.

The applications for the Back to Business Mississippi Grant Program will become available on Thursday, June 11th. This website will include the grant application along with eligibility requirements, rules and regulations for this program. https://www.backtobusinessms.org. 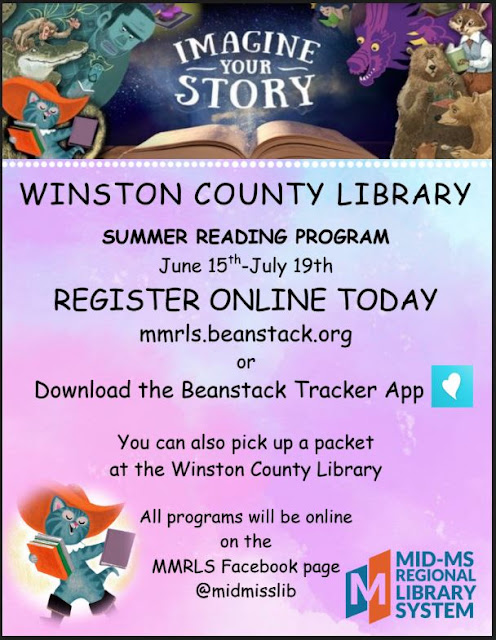 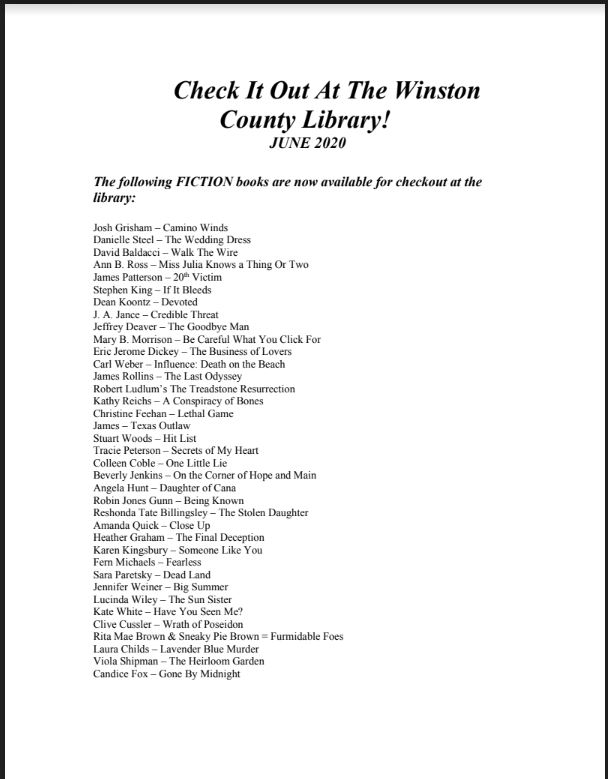 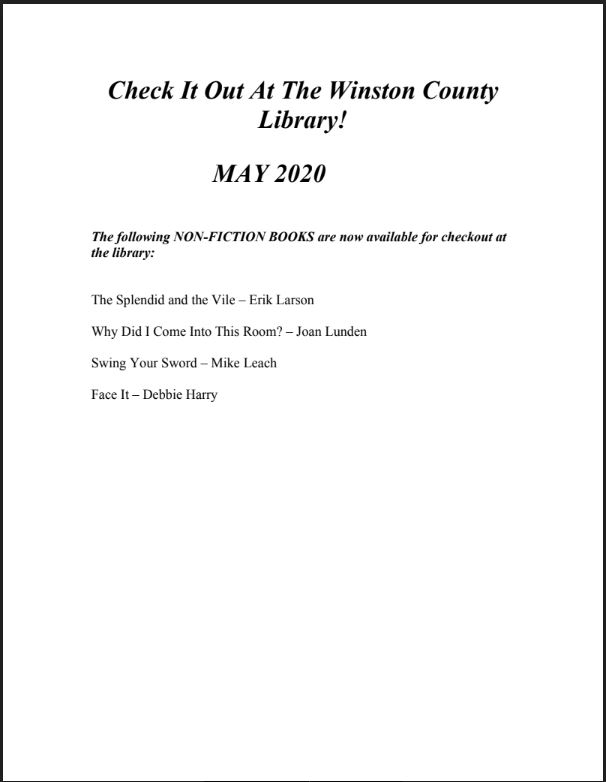 NOTICE OF APPLICATION FOR EMPLOYMENT IN FIRE DEPARTMENT 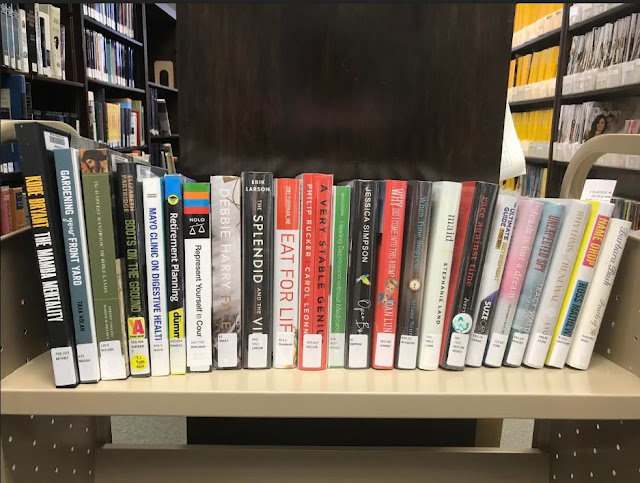 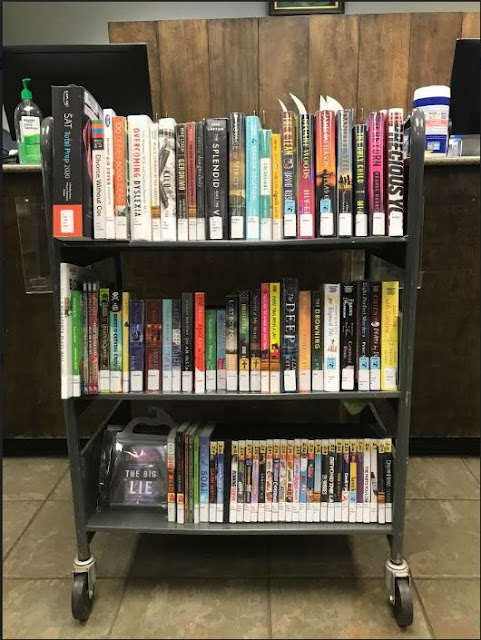 “Giving Back to the Community: Honoring our Frontline Workers”

Abundant Life Outreach Ministry was founded in 1999 by Aline Haynes and was designed to meet the emergency needs of the community. Although the organization has raised many funds to help pay utility bills, medical bills, transportation for doctor visits and many other expenses, it is best known for the community Thanksgiving Luncheon entitled “Feed the 1,000.” The luncheon has provided over 19,000 meals throughout the community since 2002.

Abundant Life Outreach Ministry has partnered with Walmart and State Farm to deliver meals to many frontline workers. We wanted to show out love and appreciation to those who put their lives on the line for others. Lunch will be prepared by Aline’s Catering Service in which 450 meals will be delivered.

Special thanks to all sponsors, the catering crew and all volunteers who helped to make this event possible.

After careful review and consideration of information regarding the coronavirus global pandemic, the Winston County NAACP’s annual Freedom Fund Banquet has been cancelled for the year 2020.

As always, we truly appreciate and look forward to your continued support.

Check It Out At The Winston County Library! 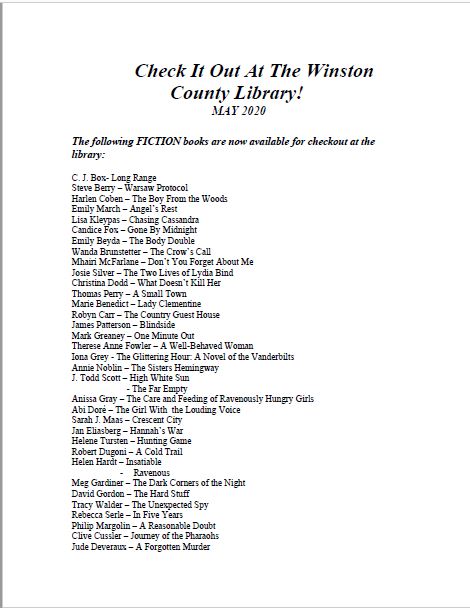 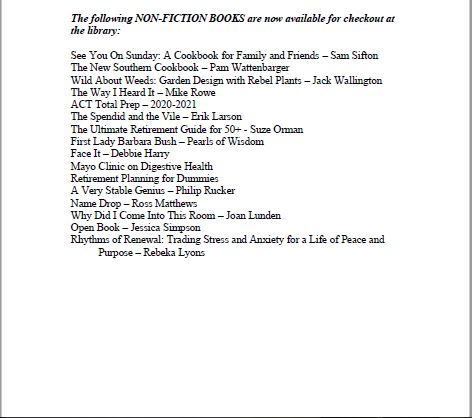 The Winston County Library will be closed Monday, May 25th for Memorial Day. We salute our fallen heroes. 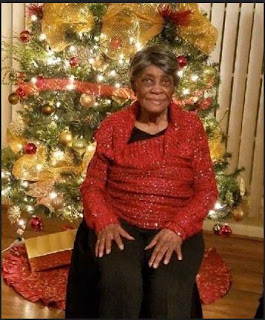 Rutha “Bigmama” Moore will be celebrating her 100th birthday on Saturday, May 16th.  Rutha is the grandmother of Fire Chief Johnny Haynes. Wishing Ms. Moore a very Happy Birthday!

Winston County Library will be open for Curbside Service beginning Monday, May 11th. Their hours of operation for the time being will be Monday through Friday, 10:00 am - 4:00 pm. Please read and follow the MMRLS Curbside Services Protocol below.
Winston Co. Library number is 662-773-3212. 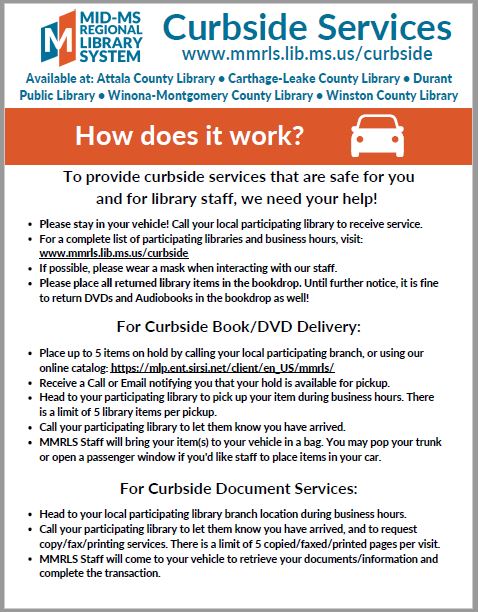 The Red Hills Art Festival and the RHAA Art Competition that is usually held on Memorial Day weekend has been cancelled.

In recognition of the National Day of Prayer, the recently remodeled Old Town Hall located in the center of town in Noxapater will be open to the public and available. The Hall opened today at 6:00 A.M. and will remain open til 6:00 P.M. By practicing proper social distancing, the public is invited to participate.

The Winston County Library Book Drops will be open to receive books, DVDs and audio books on Wednesday, May 6th at 10:00 am.
The library IS NOT OPEN.  They are still determining a date for re-opening, and when they do return, it will be for curbside service only for a while.

They cannot accept gift books in the book drops - only items that were checked out from the library or from another library in their consortium can be dropped.

This page lists short term, non-recurring events of religious/govt/non-profit/social benefit nature. Recurring events and commercial events are displayed in a separate column & page. Event postings are free except for those that are commercial in nature. If you desire exposure on other pages with additional content- paid ads are available. Contact admin@winstonwebnews.com for further information.